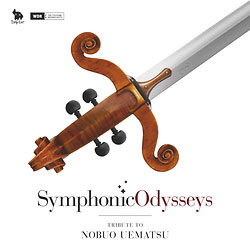 Enjoy the concert in the highest quality: The Double-CD-album of the concert will be released on 28th of December in Japan, but not outside of Japan ... up until now! :-)

Thanks to a helping hand of Thomas Böcker (producer of the "Symphonic" series) the CD is available in the german online-shop of MAZ Sound Tools as Japan-import straight from Dog Ear Records at the same time. You're welcome to order the CD at the price of 28.95 Euro as of now. We support different payment options and deliver worldwide. As a preorderer you'll get the CD at the earliest possible date.

The Double-CD album presents the complete Cologne concert including the two encores. In order to capture the impressive dynamics of the orchestra and choir in best possible quality, the multitrack-recordings of both concerts were edited and mixed at the WDR Studios. The material then passed the mastering process at the WDR Studios to get the final touch for the CD.